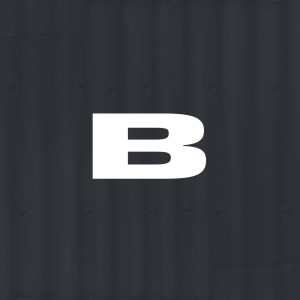 ZERO TO ONE HUNDRED 5 RULES FOR BUILDING A NETWORK

It’s 1994. I’ve arrived in Atlanta with my young family in tow, determined to build a successful agency based on a foundation of confidence, collaboration and community.

There were more than a few obstacles to overcome, of course. Chief among them was the fact that I knew no one here. I had to build a community from scratch, so I set myself a goal: I would meet 100 people who were in a position to impact my growing business in a positive way within 100 days.

Things didn’t always go smoothly, though. On my very first day, I had a meeting scheduled at Coca-Cola (a good omen for starting an agency in Atlanta if ever there was one). I arrived on time and then waited… and waited. It was well over an hour before someone came down to the lobby to greet me and to tell me that the person I was meant to meet was suddenly no longer with the company.

What just that morning seemed like an unimaginably fortuitous opportunity to insert myself into Atlanta’s marketing community fizzled away in seconds.

But I didn’t let that deter me. I found a way to contact her and offered her my support. In the course of the conversation, she gave me a contact at Turner Broadcasting, which led not only to our first official client engagement but also to a long-term relationship with more than a dozen Turner brands. Years later, this relationship generated tons of high-profile assignments from the Goodwill Games to professional sports teams, and included the launch campaign for Conan O’Brien when he made his headline-making move to TBS.

My 100-day campaign ended up being a success and, while I didn’t fully realize it at the time, my results were largely due to a systematic approach guided by five core directives:

1. Have a plan and stick to it

My plan for growth was simple: meet as many people as I could and stay attuned to new opportunities, even in the most unlikely of circumstances.

Not a complicated strategy, yet it required me to take methodical and consistent steps:

It may sound paradoxical but starting from zero was a blessing in disguise. I didn’t know what I didn’t know, so there was no internal voice holding me back with words of caution. I sublimated my fears of being rejected or feeling awkward, replacing them with a sense of naïve optimism. After all, what did I have to lose?

My fearlessness was rewarded. I can’t imagine the opportunities I would have missed had I allowed fear to get in the way. Plus, it generated a mindset that’s continued to help me overcome numerous obstacles along the way.

3. Allow empathy to lead the way

Fearlessness may have been what opened doors for me, but it was my empathetic approach that allowed me to step over the thresholds.

And what, exactly, was this empathetic approach? At the risk of sounding like an over-quoted passage from Dale Carnegie, I built rapport by taking a genuine interest in the person I was meeting, seeking common denominators and conveying an understanding of their needs. In other words, it was all about them, not me.

There’s no user’s manual for empathy, though we all have the capacity for it, and we get better at it the more we put ourselves in positions to do so.

4. Stay vigilant to opportunities as they present themselves

As my network grew, I realized that opportunities are sometimes cloaked in setbacks. My first experience at Coca-Cola is a perfect example. What at first appeared to be a colossal disappointment, in the end led to a rewarding and collaborative relationship with Turner. Also, as people left Turner and went on to other companies, I found myself diversifying my early business from Turner to a more balanced roster of clients by consistently proving our value and passion for their success along the way.

5. Invest in nurturing and maintaining relationships

My system, as informal as it was, allowed me to build trust and familiarity over the long term.

I was fortunate early on to have major Atlanta sports teams like the Thrashers, the Hawks and the Braves as clients. This provided the ideal venue for inviting people from my growing network together to socialize. Both partnerships and friendships were forged out of these social interactions. My investment of time and energy to nurture these relationships created win/win scenarios for myself and for my network.

In the end, the most significant factors to my success were my ambition, commitment and determination. Success was not won without some personal sacrifice, but would I have done things differently? Probably not. I truly don’t believe it would have been possible to get off to such a strong start without a single-minded focus. And there was an ancillary benefit. I didn’t know it at the time, but that concentration has built a mental and psychological discipline that has been essential for tackling almost any new challenge that comes my way.

And I’m still connecting with new people today- just email me or connect with me on LinkedIn.

we're ready when you are